Henrik Stiesdal is one of the pioneers of the modern wind industry. Stiesdal built his first small wind turbine in 1976 and in 1978 designed one of the first commercial wind turbines, licensed to Vestas in 1979. Stiesdal worked as consultant for Vestas until 1986, in parallel studying medicine, physics and biology at University of Southern Denmark...

Dr. Mike Anderson is the Group Technical Director of the Renewable Energy Systems (RES) group, a leading developer, constructor, owner and operator of wind energy projects throughout a number of different countries. Following a Physics Degree from Nottingham University he obtained a PhD from Cambridge University...

Michael is Associate Professor and Head of the Offshore Wind Turbine Technology group at the Norwegian University of Science and Technology (NTNU), which he joined in 2010. He has a background in applied mathematics and is dedicated to interdisciplinary research, with a focus on support structures and the many challenges connected...

EWEA 2014 Annual Event will build on the success of the 2013 edition, which attracted more than 400 exhibitors and over 8,500 participants from the entire wind energy supply chain.

Photos of the event 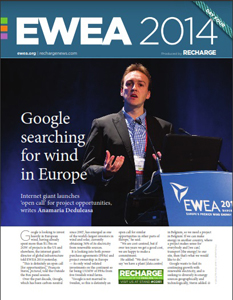 Wind turbine noise: How to avoid disturbing the neighbours