The leading pan-European conference and exhibition opening up international business and learning opportunities for the wind industry. 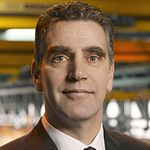 “An ambitious target for the expansion of renewable energies by the year 2030 is of key importance to our industry. EWEA 2014 in Barcelona provides us with a forum to jointly discuss these pressing political and technological challenges and to present innovative solutions. Let’s make a joint effort to send a positive signal from Spain – where things have been difficult in recent years – to the renewable energies sector in Europe and the rest of the world!” 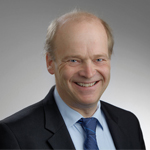 Henrik Stiesdal is one of the pioneers of the modern wind industry. Stiesdal built his first small wind turbine in 1976 and in 1978 designed one of the first commercial wind turbines, licensed to Vestas in 1979. Stiesdal worked as consultant for Vestas until 1986, in parallel studying medicine, physics and biology at University of Southern Denmark. Stiesdal joined Bonus Energy, later Siemens Wind Power in 1987, as design engineer. In 1988 he was appointed Technical Manager, and in 2000 Chief Technology Officer. During his career Stiesdal has worked with all aspects of wind turbine technology. He has been awarded almost 200 patents.

“The ‘Hardware Technology’ track sessions cover a wide range of key wind technologies, focusing on both turbines and grid systems. Presentations offer a mixture of status overviews and new developments, describing innovation at all levels from new breakthrough steps to implementation, all with the ultimate target in mind – to further enhance wind power as a cost-effective and stable source of electricity” 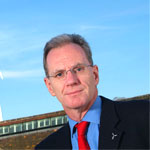 Dr. Mike Anderson is the Group Technical Director of the Renewable Energy Systems (RES) group, a leading developer, constructor, owner and operator of wind energy projects throughout a number of different countries. Following a Physics Degree from Nottingham University he obtained a PhD from Cambridge University for his pioneering work on the aerodynamics of wind turbines. In 1982 he joined Renewable Energy Systems Ltd. He is currently Group Technical Director with specific responsibility for overseeing wind speed assessment, layout design and energy yield analysis along with R&D.

“In the last 10 years the industry has moved from undertaking resource assessment with cup anemometers and simple flow models running on a desktop computer to measuring the flow at multiple locations using LiDARs and high performance clusters running state of the art flow models ingesting climatological data from a myriad of sources. Whilst we can confidently state that our capability has improved, it is by no means certain that our accuracy has improved. During this year’s resource assessment track the various sessions will critically examine the current status of our knowledge and provide a glimpse as to where we might be heading in the next 10 years.” 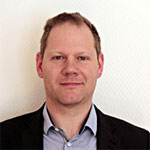 Michael is Associate Professor and Head of the Offshore Wind Turbine Technology group at the Norwegian University of Science and Technology (NTNU), which he joined in 2010. He has a background in applied mathematics and is dedicated to interdisciplinary research, with a focus on support structures and the many challenges connected to cost reduction and system optimization. In the Norwegian Research Centre for Offshore Wind Technology (NOWITECH) he is Vice-Chairman of the Scientific Committee and committed to an excellent education in wind energy science.

“The wind energy industry is facing many challenges, both short-term as well as on the longer term, looking at 2020 and beyond. Academia plays a decisive role in establishing new ideas and concepts, and is supporting the industry in developing novel competences and solutions. This year’s Science & Research track showcases highlights of current academic thinking about wind turbines. The sessions present new results from leading international researchers, and offer possibilities for in-depth technical discussion.“